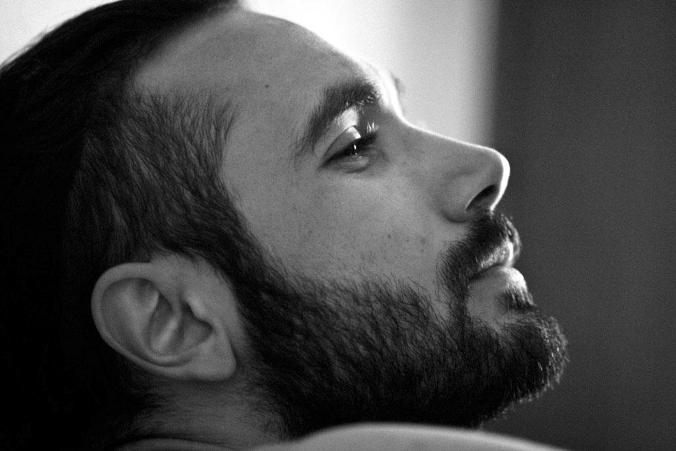 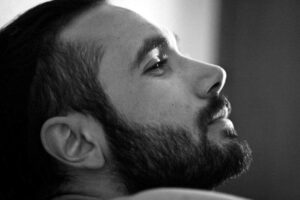 Marco Palvetti is a young drama and movie actor who plays an important role in Italian tv series Gomorra. The first season of the series has been aired this year in Italy on pay tv Sky Atkantic network and in foreign countries like Uk, Germany, Spain and it has been now sold in more than 100 countires. Palvetti’s character is named Salvatore Conte and is the icy-cold main opponent of boss Pietro Savastano. Palvetti is now on tour on stage with a comedy with 2 other famous Italian actors, Lella Costa and Paolo Calabresi, in a piece titled “Nuda proprietà” a legal term that means something  like “bare estate” and it’s referred to a kind of a trade of real estate where someone buys a house but has no usufruct on it until the lodger has died. In “Nuda proprietà” a lady sells the house she lives in with this method, but at the same times she

sublets a room to a doctor she  falls in love  with. Palvetti plays the role of the estate agent Marra who buys real estate in “bare estate” method to sell to an Arabic company. This young actor is surely talented and very versatile both in comedies and drama plays and movies, he offers strong and fascinating performances where he really gives shapes to characters.

Marco Palvetti: “Recently I read” Kreutzer Sonata “and you realize that there is

a male point of view but it is not true because it is still a general and sexless point of view in my opinion. It has to do with time and love and with love as lived in this time. Mainly it talks about time here and I think that the scan of the time and  scenes can give back exactly this “.

Nowadays we talk a lot about house: in this piece, however, it seems to come out that the problem is not the real estate the title of this play is referred to, but what’s inside: affections, even that of a single person. She looks like she’s on her own then we understand that she’s supposed to have children because we see she has a granddaughter. Actually is the money that Marra gives her that makes her feel relieved because she still takes for granted she won’t receive any help, so the house is life.

MP: “It’s life but not only, clearly. It is also a way to challenge this society: there is a problem, and this problem is both experienced by ” bigs ” and ” leasts ” including a young girl who finds herself homeless and a boy who finds himself to buy “bare estates” and sell them to the Arabs. It is clear that there is an unease so, yes  home as life, home as a commodity to live better. “

It also plays on the social bias, there is a line where she tells that he’s certainly a colluded because of his face. It can be definitely funny for northerners but how can this line can be experienced in South  BEFORE  the character of Salvatore Conte? Since we see you smartly dressed as him I guess that those who have seen the series say that Marra is a murderer because they actually see Conte.

MP: “Actually this play has been staged before the series was aired.”

That’s right, but how did people react in South?

MP: “We didn’t got to South during the last tour. I don’t live overshadowed by

Conte although the audience can experience it but then is the actor that has to go toward other directions. They are two very different characters, this one is a good, basically. ”

There’s a sharp line where he says: “I’ll never loanshark.”

”  “Never “, then he’s not a villain, he lives in captivity: this generation of young people who are forced to deal with something that doesn’t belong to them, problems that come from earlier, but they have to react in some way and then go forward. In the South how could people take this stuff … ”

There is a lot of sensitivity about .

MP: “Yes, but I think that audience is very smart and sovereign, because is always right. I think audience is also careful to get the features in that case and play also, because if you play with the bias maybe you  can set it aside, exorcise it in some way, perhaps, even because by now we are all in the same boat … “. 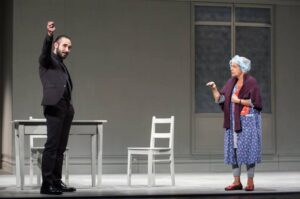 years, Gomorrah huge success. Are forms of entertainment that attract the audience or is the content?

MP: “I believe they are the contents: the needs that you stage in front of the camera or on TV, like the work that Le Iene do and whatnot. But we must get away from entertainment almost as an offense to the audience: the audience entertained with no contents is basically a sad audience, that  sees no responsibility for what is done, is an audience that unconsciously doesn’t accept what it sees, maybe can applaud, stand there and be accompanied while cooking or while eating, however, is an addicted audience. So “entertainment” in my opinion is not the right word, we have to reconsider everything in order to define this as entertainment. You mentioned three quality products very different among them that have important contents, this is what we need today, especially to take responsibility towards young people who don’t know what this job is. ” 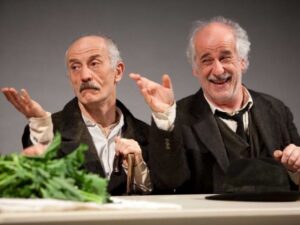 voices” with the Servillos was staged and aired live with tv direction by Sorrentino. The online newspaper Fanpage went around centre streets in Naples asking if people remembered the thirtieth anniversary. They showed four or five youngs who didn’t  know who Eduardo was, the journalist prompted them a bit and they said “Eduardo De Filippi relative of Maria De Filippi” ( Italian tv presenter EDDnote). If this is in a city ethnicly and 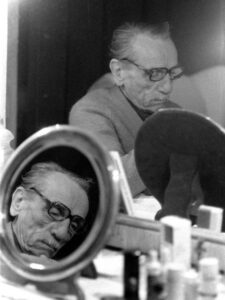 culturally self assured and referred, where myths, roots and strong cultural personalities are still alive because records are available, then what does it happen in the rest of Italy? Why these cultural emptiness and what the elements that are lost? Why youngs are not interested although they have all in front of them? The reporter said: “Now apologize to Fanpage’s readers because you don’t know who Eduardo is.” And then: “Come and receive forgivness” (a very famous line played by Marco Palvetti  as Salvatore Conte in Gomorrah the series- EDDnote), and everyone knew the quote even if maybe they didn’t see the series,

because maybe they saw the parody.

MP: “It’s good that there is an evolution of language and of what we see, then “Come and receive forgivness” as a quality that Gomorrah gives, may be something that is plugged into the system. I absolutely don’t want to talk about the parody. The problem is that there is a generational gap that can be filled  up and can become the force. Let me explain: before me there are generations, we talk about the age of 50, or 60 who may have experienced important and full eras and so on, but what happens then? That to support a certain standard of living they are almost forced to do this work just for the hell of it. I won’t say any example because then everyone do what they do with all their heart. The problem is responsibility. Unfortunately, and fortunately, our work is incidental to responsibility: we are under the

headlights, people look at us and listen to us, pay a ticket, sometimes expensive, to enter. Behind, there are guys who maybe don’t know who is De Filippo and a thousand of other things, and we, I’m 26 years old, along with other generations, we can be the bridge to bring to young people things that obviously can evolve and become something else. Or we can also just give a damn with it. However, we are aware that when we’ll get to 60-70 years we turn back and my fear, the greatest responsibility that I feel, is that I’d never want to see that maybe my job doesn’t exist anymore, maybe I’ve spent a lifetime in doing something with all my heart but then it’s gone. This makes me a little sad, but I turn it into a constructive anger. The comparison with the young must take place. ”

Could it be that in the world they live in, Eduardo is no more “readable”?

M.P .: “No, Eduardo is always readable. I think he’s still the greatest Italian playwright in my opinion. Last year or two years ago it was the anniversary of 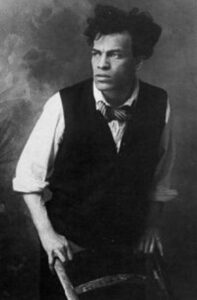 They don’t talk about him that much.

“They maybe talk less about him but he’s history. We must take responsibility for this work, grab it, and above all, this is the important thing, trying to remove the ones who have no love for this work, bluntly, move them over because ours is an environment that cannot be easily caught, where if someone that is “upstairs” decides that things should go like that, then they go like that, so the audience gets used to that, and the amount and the image take priority over quality. We have to be bearers of that quality and put the audience in a position of not being able to stay without it any longer. ”

Do you feel the problem of an audience that may not understand or that has to be educated or some misunderstanding between the actor and the audience? The fact that maybe people see you as Conte?

MP: “The audience already knows me, I mean, you can see me: I’m not like that. So that means that there’s a job.”

different from the way you actually look  like, in the series it’s like you all look like you are “monsters”, because of this gloomy leaden  photography.

MP: “This should be the normality, the major product, one should not be “frighten” but just say:”oh, at last!”. We must accustom the audience, you can see the ones who do this work honestly, the work pays off, and fortune favors the bold: if the brave are those who work, luck pays off too “.