This week in Bassano del Grappa, at the CSC Centro per la Scena Contemporanea/ Casa della Danza  (Center for Contemporary Art Scene / House of Dance) it took place the rehearsals for the Venetian part of the project of the Biennale Danza named “Vita Nova“, master plan aimed at creating a repertoire of contemporary choreography dedicated to 10 to 15 years old dancers. In addition to the Veneto, the regions involved are Tuscany, Marche, Umbria, Lazio and Puglia (Toscana/Regione Toscana e Accademia sull’arte del Gesto, Marche/AMAT e Civitanova Danza, Umbria/Teatro Stabile dell’Umbria e Associazione culturale Nexus, Lazio/Fondazione Romaeuropa, Puglia/Teatro Pubblico Pugliese). For the Veneto the collaboration of Biennale is  with with The CSC from Bassano del Grappa. The show was staged in Venice at the Teatro alle Tese in the Arsenale of Venice, with 4 young girls as protagonists, Alice Cattelan, Giulia Fregonese, Emma Piotto, Elisa settin, selected among the students of the dance schools of the territory.  the Biennale di Venezia appointed the project to Norwegian choreographer Stian Danielsen which has prepared the act in Bassano. The show lasts about 17 minutes and is focused on children group games accompanied by nursery-rhymes, alternating between moments of static and dynamic declined through the expressiveness of the face and gesture that reveal the uniqueness of the individual and the emotional nuances of the human soul. The stage presence highlighted by Danielsen’s writing and the girls’ interpretation makes the show universal and workable by all ages dancers.

How  did you meet the  girls and how did you build the choreography for  them?

Stian Danielsen: “I met them the first day. First I  had  a task from  the Biennale that they wanted it to be around children’s  games  then I had to create a title  long  before I write it . it’s called “let’s  play”, I started first of all to get to know  them, just  being with them in the space and see how they move and started with simple tasks.” 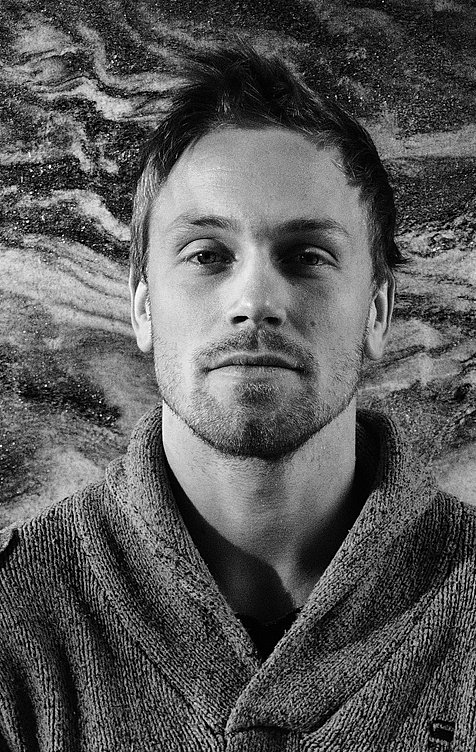 So you were interested  in the relationship the girls had with the space?

“For me was interesting also to try to challenging the task: children games, they are children, they are 12 and 13. I wanted to create something that goes in and out of these games and i worked a lot on different states they are going to. Also challenge the audience on what they’re seeing: children doing children dance or can I do something  else? How can I go with them  in a really short time, 17 minutes; I really wanted to challenge them into a different  state of mind, what they are thinking  when they are doing  things, how they can change. I think is interesting  how the audience perceive and  know  what they’re seeing and decide to change it: suddenly it has completely changed without  stopping and starting and stopping and  starting  to this transforming.”

the title is “Let’s  play”  but  sometimes the dynamics of the game expresses some aggressiveness like if  they  were angry  then there are also some repetitions  good  to free energy. My impression  was  that it’s not  a message of  joy  because  when  we think  about  children  games  we think  of something  playful and  cute  and they are not. They don’t look like babies  but adults that are dancing.

“This is also something I want to challenge: it’s called let’s play and the task is children games and they are children and they are cute; this would be easy and not so interesting. I wanted to have more dimension . I don’t  want to make a cute dance for the girls running around with nice dresses, I wanted  to be something  that is strong, to work on something  that also makes some questions about  who they are on stage. If the  work it’s good or not  is not  for me to judge but the audience  because they are coming  to see it. I think is important that the physicality can also stand for herself, the text gives u a hint of what will be and what is  about. Also I think sometime we, as grown up now, we think: “ok she’s 12, she is this and this and she can  do this and this and this.” Also I wanted  to challenge like  what really  they  can  become on  stage not just   be  12 years  old.”

Did you find these girls educated in dance, ready to do what you wanted them to do?

“I learnt a lot for  them  they are really open  to do: instead of always question the task they used  to try  to  attack  it and see  how they  can solve it, they were not afraid of the right putting  a good dynamics  of having  fun but  also they  wanted  to  work.”

I’m quite  this is also  what maybe I’m really touched  about  is the close relation we get in really short  time, is also for me even if I work with professionals as grown up, I think it’s not like you have to be best friends but to create a situation in a studio where everyone feels comfortable. Sometimes  they just ran and I had to find  them because they were hiding  from me in the middle of the work, they suddenly loosen up but I don’t like:“Come back!!”, so always giving them the trust that they  want to work. I don’t want soldiers, I want them to recognize if something went wrong. I want them to get engaged  to  the piece because this is what to come out, is not if I make some nice steps in the right way in the right timing, this is not interesting. I couldn’t make the piece without  Giovanna Garzotto, assistance choreographer.”

What do you think about the education of little girls and boys, here in Italy compared to Norway?

“I’ve never worked with children before, this is my first time so I don’t have so many references on what the level should be like so what I think is really impressive  what Roberto ( Casarotto, EDD’s note) is doing. I know that there you have no schools in Italy for contemporary dance, and in Norway we do a lot of performance for children but we never make children become professionals in contemporary. in Norway  we have several universities for contemporary dance, for adult people. The classical culture in Italy I feel it  quit strong I think it would be good to get some schools, expecially in big cities, but also some great  artists have no  education and are really original and have a really clear expression.”

Maybe u know that in Italy we feel the problem of the lack of money  for everything, especially for culture and many times we look at Scandinavia, or anyway northern countries in general, a bit like a model of living, countries that give importance to culture and support it.  As a foreigner that comes here in Italy to  work, what’s the atmosphere  and the possibilities you see here in Italy, you that you come from a country  that can be a model for us?

“I get really inspired here because it happens a lot of  things with quite little money, I don’t know the budget but I can imagine it and I think that sometimes it’s not always that big budget and big houses  always make the most interesting programs, but of course if you want to think that the artists should  have the opportunity to live by doing art, pay rent and buy food, I think it’s important the budgets goes up so we can pay the people. In the sense of the festivals I see much more interesting things here, you have project we wouldn’t imagine, and I think in a bad and in a good ways the artists always want to make things without or with money but of course in the sense  of the opportunity to live from it. We are quite lucky in the North: if I do a project we are paid, there is also probably even more dancers and  choreographers  like compared  to what is the market also but if u get a job then u get  probably paid maybe they will get  a 2 months job and the rest of the year they don’t have a job. After my experience, the  biggest difference maybe is  that here u can have projects  that can be it doesn’t  have  fantastic light design or costumes but often in nordic countries there’s big productions and big productions like it’s almost never see  this small scale project, many things going in the same time: dv8, Batsheva, some new Italian choreographers, young  kids, Parkinson. In the Black Box,  a scene in Oslo, I think we are quite lucky because we have a lot of things  happening.

Yes let’s say this way: if you don’t live in Bergen or Oslo is almost impossible to do dance  at all, to work as a choreographer  or dancer outside Oslo and Bergen because that’s the way the communities are. If u look at the national budget and you look and the art budget we are not an art country, this is also important  to remember,  we don’t even use 1% of our national budget on art, we are few people, we are 4 and a half millions, we have a good financial but in last campaing no political party talked about culture. In Norway they can still ask you: “Oh you’re a dancer, but what you work as?”

I would  love to live in Italy but I don’t think it’s possible, it’s not easy, is what of what we’re talking about  but I love Italy, I love the culture, the people and  the food and it would be my dream  if I could work every day  with dance in Italy I would be happy.”