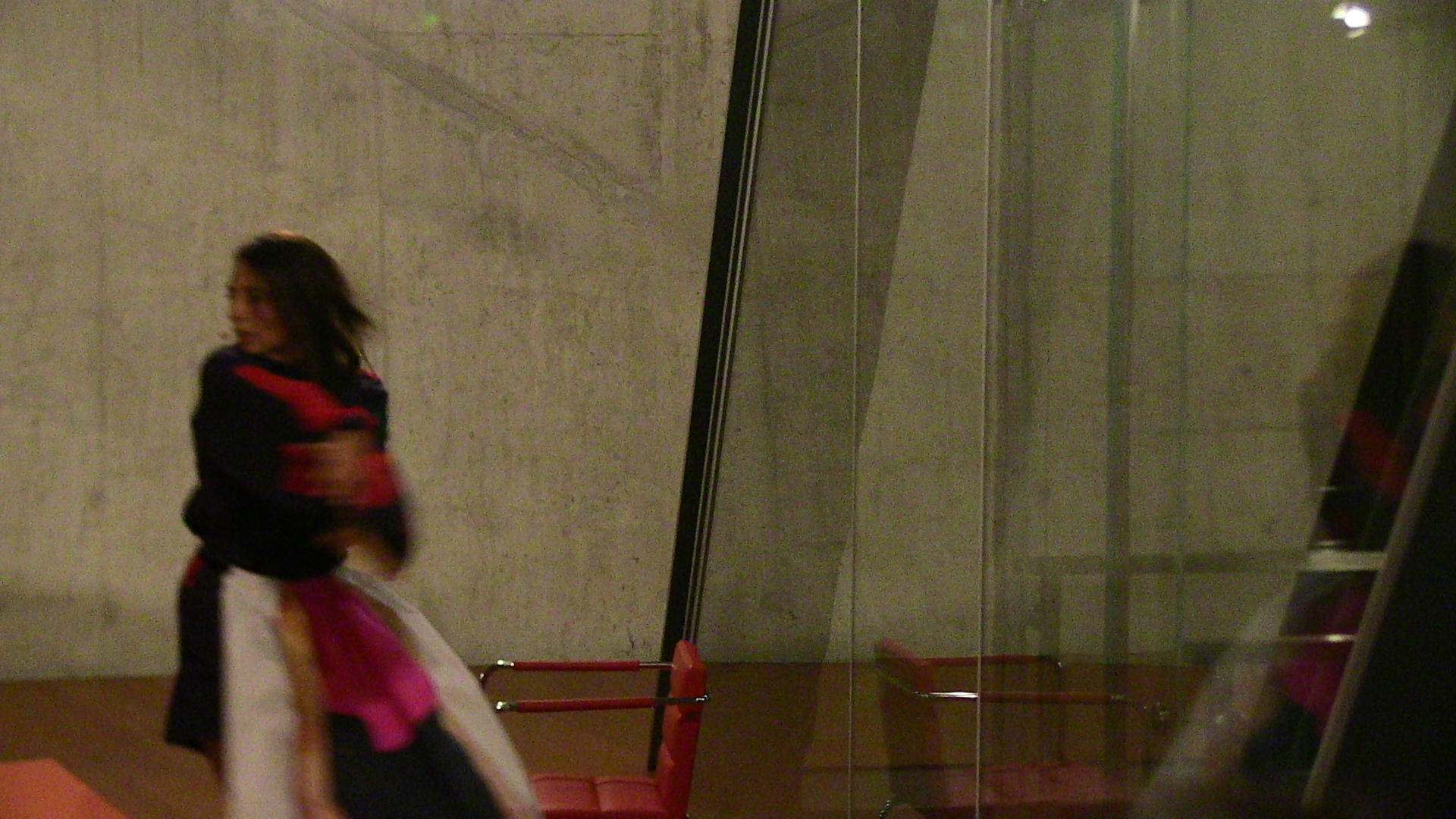 This article is about a show that has been staged at Bolle Nardini in Bassano del Grappa, a really famous grappa distillery that takes its name from the family that began this activity in the late XVIII century ( first distillery in Italy). Bolle Nardini is a wonderful space that reminds the alembic stills and it’s projected by architect Massimiliano Fuksas

in 2004 to celebrate the 225 years of the company. As it often happens  for the shows promoted by Operaestate Festival  and that take place Bolle’s, the choreography is site-specific , i.e. it has been created specifically for the place: the concept of contemporary architecture blends in with the architecture of the body in contemporary dance. The show has been staged by choreographer and musician Josh Johnson and interpreted by two dancers from Spain, Jone San Martin and Sandra Marin Garcia. The artists have started from existing choreographies by William Forsythe and Crystal Pite and then created a new text on purpose for Bolle Nardini. The show is divided into 4 parts: first the audience is inside the Bolle and watches the choreography that takes place in the opposite distillery, then a video comes after. afterwards people go down into the lower hall and on two different levels the dancers perform another choreography involving the public. In the auditorium, then, the two artists are hidden behind the conference table and try to sell an exclusive product dedicated to Bolle Nardini, since they are unable to express themselves fluently, they seem to surrender and then play together using chairs with wheels.

The first minutes of the piece are staged opposite the Bolle, not all the people could see clearly what was happening. Did you think about this kind of limit, like something  that can create a kind of curiosity in people in order  to, watching the video and living the performance that is coming later, to live it more lively somehow?

The girls  that dance in the part of the distillery: do they hear the same music we hear inside the Bolle?

So how they can distinguish the movement they have to do according to the music we hear if they don’t  hear any music?

J.J.: “They’re going off their own task, It’s the closeness the we created from the distance of  just  seeing. We tried to use the whole space  as much as possible.”

Sandra Marin Garcia: “We have this very large space but in reality it feels very intimate because for me is the feeling that someone is watching me, even though we are watching in our world and it is very special dance in silence: Jone said it was interesting to have these machines so big and be inspired by this so there came many ideas and sources of immense possibilities.”

Josh, what did you think when you saw this place?

J.J.: “It’s absolutely beautiful, it’s  amazing a very sophisticated but modern futuristic classic feeling about it and very pristine atmosphere. I tried to create all different  atmospheres in every single location.”

Have you noticed that when the video was playing, there was also a reflection on the windows inside the Bolle? Can This add something to the language that you’ve created?

JJ: “Yes I wasn’t think  about t the reflection at first but it happened”.

Before the auditorium there are two choreographies, one on the upper  floor  and one on the ground  floor Do they dance the same thing?

J.J.: “The information that’s felt to them through the ears is the  same, so what they come out with could be totally different. There’s a lot of information coming into their ears and however they interpret this is  what you see: they hear my voice, and the information I send them.”

Jone San Martin: “We have two informations, one is audio, i.e. we hear soundtracks that he sends us, then music, words, or some radio, every time it changes, and we had never heard what he sent us today, and then gives us indications of things to do: “go to this point here”; we have fixed points. Let’s say that we are working in parallel and each one in her own way and at the same time when we are truly in sync. ”

It seems to me that the place is the most important thing: it’s as if the container become content and that this content was made ​​by people, the girls, text, music and everything. It is a correct impression?

JSM: “Let’s say that we work longer on feeling, we say it in English:” what the room needs “, here in this moment, what does it need from me. And a space like this, come and try to reproduce what we are doing in a traditional device would be a pity for me, would be something insensitive, and since we are working with our bodies, making them aware of the situation, of the spaces, this type of work, in places like this, it makes sense if instead of imposing aesthetics we let soak from what’s already there and become a part of that, as if it would be almost the space and the situation that moves us. ”

JJ: “I don’t think there is one way to completely look at it, they’re open for interpretation so it’s nice if people come and interpret it, try to dive into the atmosphere we try to create and hopefully have some kind of  space to get into the piece for the audience: some are curious, some excited, some wondering what actually is going on but I think all is welcome.”

Where are you from?

JJ: “I’m from Los Angeles, but I live in Frankfurt.”

What is the comparison between the aesthetics of places including Los Angeles, Frankfurt, Germany, Italy? Do what you see inspire you?

Germany is a place where there is much contemporary architecture: perhaps you have had other opportunities to perform in so special places or is it the first time it happens to you?

JSM: “Like this, in other buildings or departments, as we have done here, I think that is a rather extreme but it’s true that we have worked in very large places sometimes, and we gave it another shape. Also working  in the street is very interesting to see how we can mark what we are doing in spaces that are much more open than a theater. ”

How long did it take you to create this show?

JJ: “In order to structure the whole new creation for this piece using  some of the material that already existed we had 3- 4 days in place, but of course talking about it before and everything but actually it’s a difficult piece to rehearse outside  of this  space  so  I would  say about  3  days to structure admake it  fit into  this  piece. We did it  specifically for this environment.

Are these choreographies by William Forsythe?

JSM: “Everything that has been done tonight we did just the three of us: the idea was that we had some  solos before, Sandra from Crystal Pite and me a collaboration that we did with Josh and Bill and finally when we started to work we realized that there was no need to resume that work because we were so inspired that we did everything ourselves, is a creation for Bolle Nardini that Sandra Josh and me did. ”

JJ: “That’s  from the previous piece that we had and the puppet  is something  like as a kind of a reminder that there is  always another element to what’s going on what you‘ve seen. There is always something else going on or even if you’re looking to one of  the ladies, there’s also in another world because there are many informations.”

How did you direct the scene of the two heads?

JJ: “I said to put their head on the table, they studied playing with the chairs and we put the structure  together mostly they playing with each other and me playing with them trying to create a situation and an atmosphere for everyone.”

The first thing I thought was Futurama, the heads of 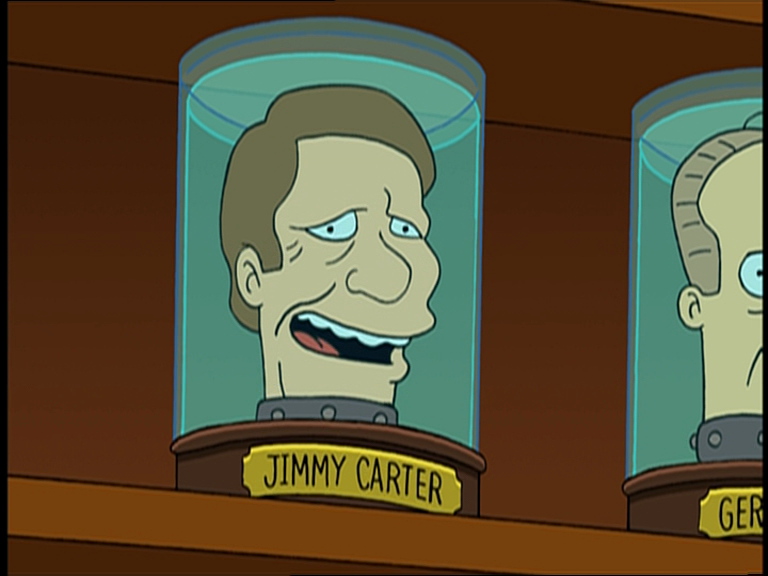 presidents and so on, and then this very strong aesthetic and ironic and funny that perhaps someone could think to Almodovar: you who jammed, try to sell this new product, you do not succeed, then give up and take the chairs and go. How did u imagine this part?

JSM: “The space here is more theater, so normally there would be dancing as it should be done, and since we didn’t want to do anything that needs to be done as it should be, we thought, instead of doing dance here, that we could present something very small and Josh said: “maybe just the heads.” Now there is only one table, there are usually 3 with all the chairs, then we give a conference in the way that you cannot give it, so just the heads, like that; then the chairs are stunning, we began to play, the sound they make and all the furniture in Nardini inspired us! ”

Did you invent the thing of the chairs? Is it precisely choreographed or you are very free?

JSM: “We work alone, rehearse things but of course it is all very open.”

That is a part that doesn’t seem to wtach dance, seems to see more theater, a theater of the body …

Yes exactly, when do you think the physical theater becomes a “dance”? Because you can dance without music, in that moment you’re without music and then, thinking about the beginning, the music we hear, you have not.

JSM: “I am a dancer, I didn’t make the drama school, so even if I’m using the word, if I sit down or I’m not moving, I’m dancing because I think and feel like a dancer and then the word passes in the same manner in which the motion passes and the good thing is when the sounds of our bodies are part of the dance of our bodies. ”

Then, for you, thinking like a dancer means having an organized movement or have a musical rhythm that beats?

JSM: “The two things and also how to move from one thing to another.”