May the 17th is the International Day Against Homophobia  Biphobia and Transphobia. Italy is on the forefront of this fight, already supported in these years by the President of the Italian Republic Giorgio Napolitano. Of course, what I’m interested in, is the artistic expression and communication, and even though I don’t write for the chronicle news section, more and more today, the performing arts collect ideas from the news for the artistic creation of contents, offering artists’ privileged different point of view.

I’m interested in the perception, processing and assimilation of signs that express diversity. I try not to use the words “tolerance” and “acceptance” because I feel them like they are euphemisms that hide hypocrisy towards oneself and others: for me, these two words mean resignation and impatience, forbearance , which are the prelude to the hostility and no communication with ourselves first and consequently with others.

In recent times, media have talked about talent show “The voice of Italy” contestant Sister Cristina, Eurovision song contest 2014 winner austrian singer Conchita Wurst and then, some days ago, a great video came out by Arcade Fire, a Canadian band playing independent music, pleasant song with as much nice lyrics. The song is called “We exist” and is the third single from their latest album “Reflektor” . The single is released in these days and the video is played by Andrew Garfield, the last “Amazing Spider-man” who plays in women’s clothes and dances a beautiful Ryan Heffington’s choreography.

The main thing to consider in the phenomena of culture and tradition, in my opinion, is the exposition of the signs and the whole of them. The more is the duration of this exposure, the more it creates awareness and consciousness.

Conchita was a spot that has gone on for few days and I really hope to see what will be her ability to become a constant presence in contemporary pop culture .

Sister Cristina is instead into a mechanism of prolonged exposure, typical of reality and talent shows, she’s is unusual and it’s even more difficult to make predictions.

The Arcade Fire video is part of a very different type of dynamics : at the time of writing

“we exist” official  video has been seen by more than 2.126.000 users but due to its characteristics it doesn’t  belong to a “mainstream environment” as general television and pop music are, even if is garnering public acclaim from both audiences and critics.

I did not follow the Eurovision Song Contest live on TV, aside the pageant, because I was working in theater but I watched a few things on Youtube, the great ally of us journalists. Conchita’s song is musically very recognizable, not to say trivial: it follows the 007 style with a reference to the Queen of recent times, “Show must go on” in the first place. 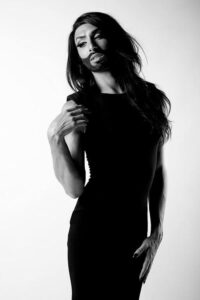 She has a beautiful face and is very refined and elegant, as well as having a pretty versatile voice. What she has suffered during the competition is terrible: opposed by Russia and ostracized, her victory is also the release and liberation she talks about in the wonderful lyrics of her song, “Rise like a Phoenix”. A liberation that is not only about prejudice but also about the fear that you have when you relate with the world around you, which is not always capable of incorporating what is different because, in order to ensure that the community works , somehow its social factors must be approved. However, we have reached a point where cultures can evolve only if uniformity is adapted to be matchable with all the diversities. The cultural versatility that allows a normal and peaceful life not only for homosexuals but also for disabled people, or people from other religions, without having to give up what characterizes the people and culture of the hosting community.

Conchita has a precedent, among other things: a great Ukrainian singer that appeared in “Ukraina’s got talent” by the name of Ursula and that going forward in the competition 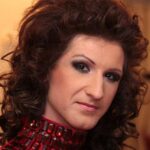 changed his name to Artem Semenov: he proposed the most famous duet of “The Phantom of The Opera ” playing both sides, male and soprano, an extraordinary performance. Now Artem Semenov is managed by music industry executives who have disappeared Ursula and created a dark- gothic –rock artist, almost completely eliminating any expression that refers to femininity. As a child I was “gothic”, I like that kind of culture, and this way undertaken by Artem Semenov it’s a possible one, but wiping out that kind of expressiveness to deny the uniqueness of an artist and a human being, limits him unnecessary. 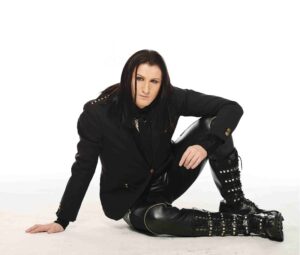 Conchita is borderline in her own way because of a beautiful face and a slender body wearing dream gowns and a beard. 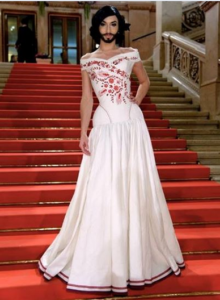 If she hadn’t shaved, Conchita would be experienced by the public as a woman, maybe a little ambiguous but her message would have less “biting”, and in any case, her femininity and elegance, her style are what impress people. She has a feature that wouldn’t be accepted on a woman, ie the hair on her face ( actually, on a woman, hair on the body in general … ) but the two things together create a difference, a kind of  “soft freakyness” , a visual reference to a diversity that is proposed with a spectacular standardization that until recently was reserved to a dedicated audience

. It’s the difference between someone like the singer Adele, who is fat ( obesity is considered an unforgivable disability by the people and anyone feels entitled to blame an obese as such) but she’s elegant and appreciated by an audience that doesn’t judges her because her physical appearance -in fact they copy her style- and someone like Lady Gaga, that collects all the different ones, the little monsters , shouting to the world that we are all ” born this way ” . I won’t do considerations of Beth Ditto and her iconicity, because there are a lot of conceptual frameworks about aesthetic evaluation: amazing voice, she objectively not beautiul, with physical characteristics as recognizable as her voice, testimonial of the legendary brand of makeup MAC , married to a woman who had the “brilliant” idea to get to the altar wearing  uglier-than- the- worst- horror- movie white shorts (I don’t follow gossip,  but sometimes it happens to see some monstrosity on FB or Twitter walls, and everyone knows that us Italians are sensitive to certain things, expecially if about  fashion… ) 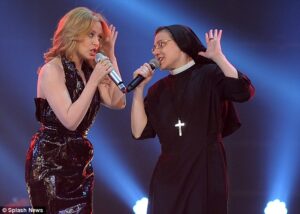 her rank: the mass pop culture that claims sexual freedom and feeds itself of transgression. Keep in mind, however, that after a pope as the current one, diversity has become fairly normal: Sister Cristina does nothing but repeating that she is there because of will of God. Pope Francis, referring to gays, said that if a person is of good will, who is he to judge them. Amen . And at last.

Arcade Fire video, instead, lives of a completely different context, as I said: it denounces and it is a dialogue between father and son, in which it is said: “(…)acting like/we did not exist (…) but we exist (…)”. Andrew Garfield plays a touching part of the boy who expresses her femininity and wish for affection. I really don’t know what term I could use to describe this character because I imagine drags as a great show with elaborate and

expensive costumes. The crossdresser is not necessarily homosexual, he’s rather a straight man who has a fetishism for women and likes to wear something feminin. Here, in this  video,  is the liberation and expression of femininity that perhaps starts with a haircut directed to wear not a mask but themselves.

In all this, the thing I’d like to express  most,  is that all these differences are expressed in a way comfortable with other environments that are usually restricted to them: personally, I love Lady Gaga because, although beautiful , she makes herself ugly in order to get closer to the different ones. Beth Ditto would surely have been a muse for the cubists and expressionists. Sister Cristina is not a “Sister act” character but a girl who sings wearing a veil. Andrew Garfield’s performance in Arcade Fire’s video opens the 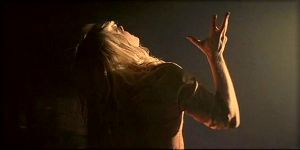 heart and makes us hope that none of our children should ever have to experience what’s going on in the video but that they can live and express themselves  most peacefully  and creativly as possible, as indeed it happens at the end of the story in which he/she looks like a little fallen angel who is welcomed by other 4 “guardian angels” that advise the girl, accompanied by the sound of a clarinet, to a beam of light

that is not much different from the one used to create the minimal Conchita’s set during Eurovision’s live air. Garfield offers to Heffington’s choreography an accent of fluidity and grace and, as a good theatre trained actor, also creates a scripture with his face: the marvel astonishment of a rising phoenix, as bravely and proudly sung by the amazing Conchita.

Artem Semenov before and after

phantom of the opera

Sister Cristina sings “Livin’ on a prayer” by Bon Jovi